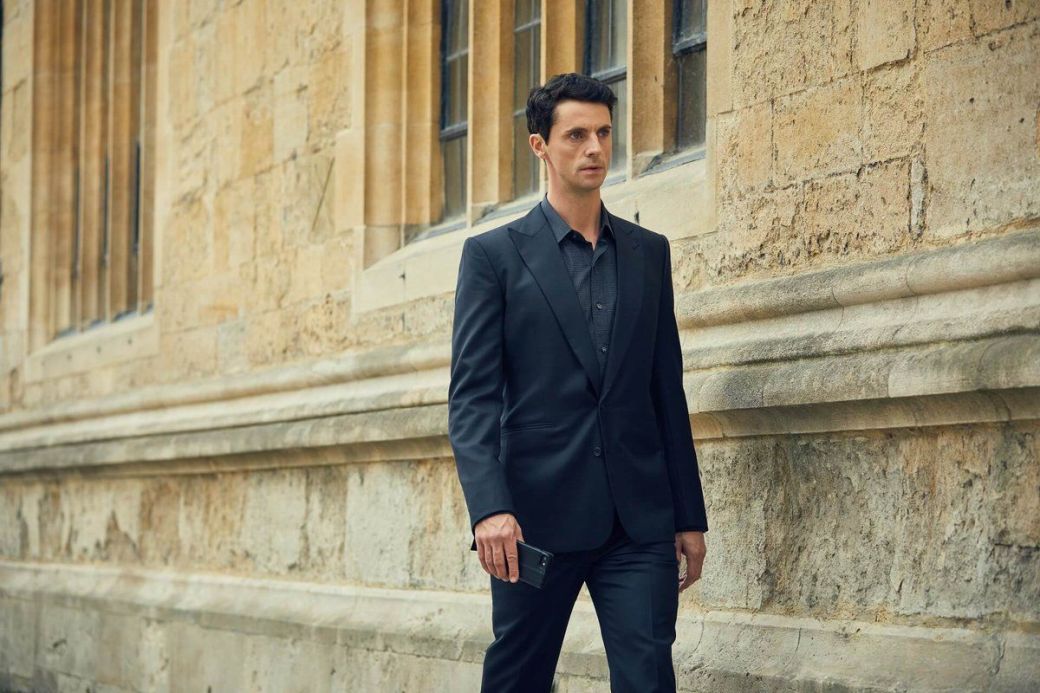 Once upon a time, Stephanie Meyer had planned to rewrite Twilight from Edward’s point of view (working title: Midnight Sun). But then someone leaked an early draft online, she got mad and scrapped the whole idea.

Later, when Meyer was about to revive it, EL James came out with her Grey series (50 Shades from Christian’s PoV). Meyer was annoyed at the theft (again) and gave up on the concept completely.

Here, Harkness takes the concept to the next level by giving us Matthew’s point of view… right in the third chapter.

So instead of moving the plot forward we’re forced to go back through some of the previous events but with a “fresh perspective.”

This chapter opens when Diana left the library following her first meeting with Matthew.

And Matthew is lounging (literally) on the Bridge of Sighs. 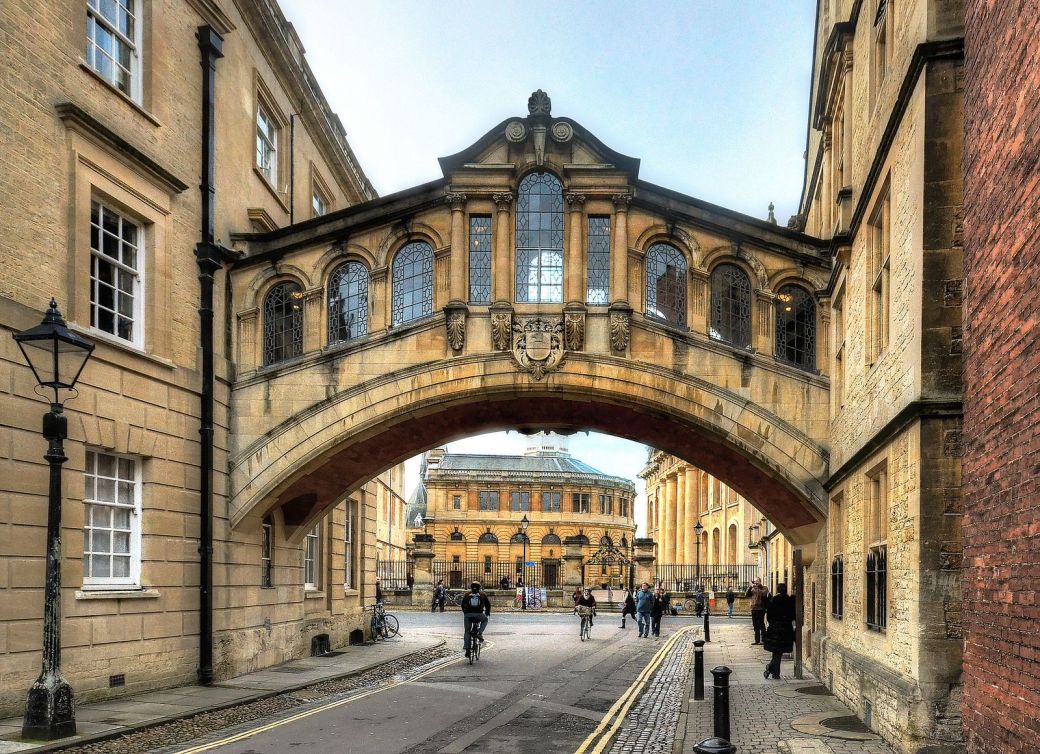 Given the Bridge’s shape and general sense of drama, I tend to picture him draped over it like Elizabeth Debicki on this couch. 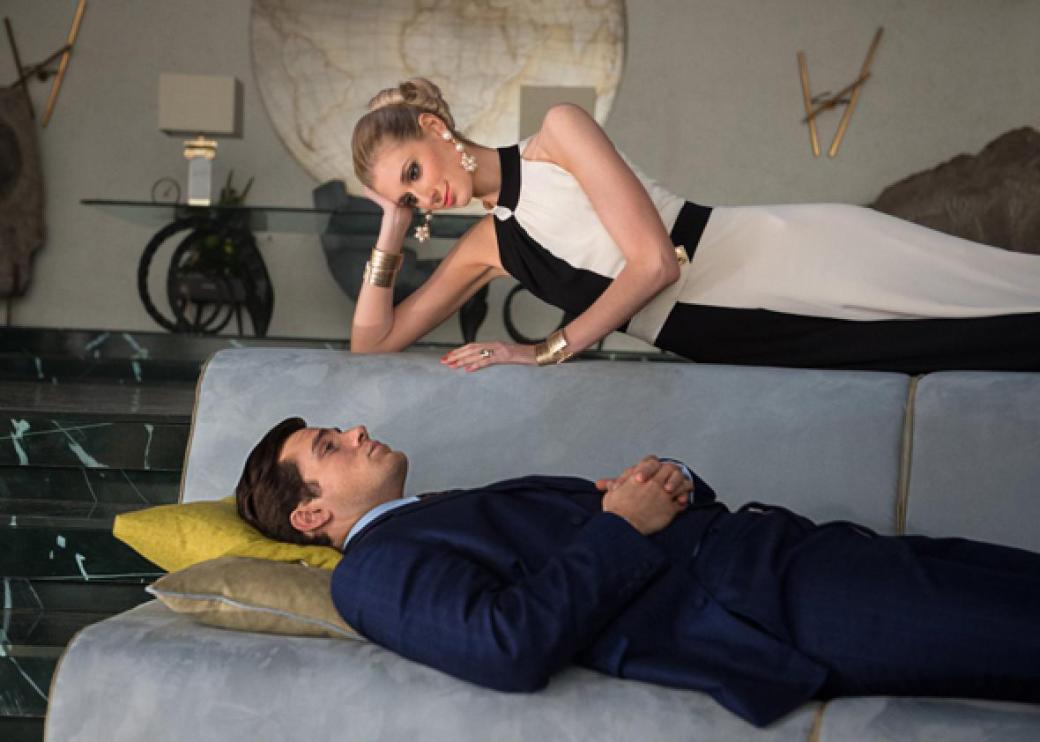 Whether or not he’s arranged like a sex kitten, he does take the time to confirm that he is indeed something of a stalker, thinking:

Her nervousness made her look younger than she was and accentuated her vulnerability.

Also, what a tremendous way to introduce us to the perspective of your dashing male lead: a stalker who revels in vulnerable young women.

So that’s the formidable historian, he thought wryly, mentally going over her vita. Even after looking at her picture, Matthew expected Bishop to be older, given her professional accomplishments.

In the short space of one paragraph, we’ve essentially been told our Dashing Lead Vampire is a misogynist dick. A promising start.

Does it get worse?

Diana Bishop’s back was straight and her shoulders square, in spite of her apparent agitation. Perhaps she would not be as easy to intimidate as he had hoped.

Anyway, you get the gist by now. He’s being “menacing” and “ominous”… but why?!

He doesn’t tell us. Instead, we get a weird play-by-play of him watching her walk along various lanes as he creeps (sex kitten-like, no doubt) from roof to roof in pursuit.

He slips into her college, figures out where her rooms are and then watches her going about her evening routine.

When she opens her window, he thinks:

That will save me from breaking the window or picking the lock.

Charming. But also… this section is meant to make us believe that he’s some kind of stealthy super-spy. In what universe is breaking her window stealthy? She would immediately wake up?

He creeps closer to watch her:

Bishop was reading. In repose her face looked different, he reflected. It was as if her skin fit the underlying bones properly.

Truly only something a serial killer would think.

She falls asleep. He, naturally, creeps inside her room.

Remember when I said this came off as Twilight fanfiction? Here you go. This definitely isn’t just like Edward sneaking into Bella’s bedroom to watch her sleep. Certainly not. Not at all.

Anyway, why is he here? It turns out he’s looking for the book.

Yet, surely if he can stalk her, watch her movements, and stealthily climb into her room, he could also have waited for her to leave her apartment the next morning instead of doing this while she’s asleep on the couch. Because while I get the idea of “ominous vampire creeping around in the dark” this just seems like a bad plan?

But whatever. I’m not a vampire super-spy, so what do I know.

Meanwhile, we get our first indication of this story’s real plot:

Something wasn’t right. He’d sensed it from the first moment he saw Bishop in the library. Matthew crossed his arms and studied her, but he still couldn’t figure it out.

And here’s me, thinking that sounded like foolproof detective work.

She’s hiding something, the vampire thought, something more than the lost manuscript.

What could it be?

Naturally, he gives no hints.

Instead, he continues to watch her sleep rather than bumble around in the dark in search of the book. You see, he’s frozen in awe because:

Light was seeping from Diana Bishop’s body–all around the edges, escaping from her pores. […] For a moment she seemed to shimmer.

Hoo boy if that isn’t uncomfortably close to “glittering” in a book already taking some Twilight liberties.

As he stands transfixed, he also fills in some small blanks in the plot: he’d heard about Diana’s taking out the book from some witches at the opera (how fancy), and they all seemed to know exactly which book it was. Which makes… no sense. Diana took out a book, it gave her a weird feeling, and then she returned the book. Who was watching her? Why were they watching her? And no, this isn’t the start of an intriguing mystery… it just makes no sense.

Then, in a truly indulgent moment, Matthew thinks back on how wonderfully she captured the lives and personalities of long-dead friends like Isaac Newton and Cornelius Drebbel. And, because he needs to be a low-level misogynist for some reason, instead of crediting her as a capable academic, he thinks:

Without magic, how could a modern woman understand men who had lived so long ago?

Because that’s… her whole job?

And then, because everything needs to be about him, I guess:

Fleetingly, Matthew wondered if Bishop would be able to understand him with the same uncanny accuracy.

She doesn’t know, man. Figure your own shit out.

Anyway, he’s so transfixed by her that he stands, staring at her, for about 3-4 hours. He briefly considers drinking her blood before he goes, but then “restrains” himself (what a hero).

He padded to the kitchen, slid out the window, and melted into the night.

Oh, and this is the end of Chapter 3 somehow.

Hope you enjoyed our brief view into Matthew’s complex and fascinating psyche as a garden variety misogynist, stalker, and overall creep.

*Please look this up if you haven’t seen it. It’s amazing.