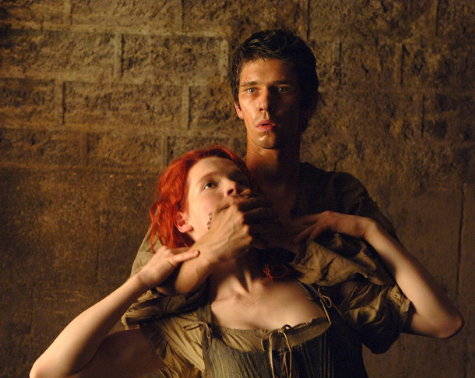 Very talented, and has played creepy and slightly sociopathic before, in Perfume. Also pale, frail and dark-haired.

A surprisingly good “straight man” when he wants to be, though physically less the “type” than the first two. I can still see him pulling this off, possibly with better aggression than Whishaw.

4&5. Either of The Goth Detectives

Admittedly, more for the spoof version. But still.

Now, with all of that said, let’s be real: fancasting is terrible and pointless. There’s a reason why people are actually paid to select actors for the right roles, and that’s because it’s a talent. Nobody would have predicted that Heath Ledger — a blonde, sunny Australian — would make for the definitive Joker. Or that if you put Johnny Deep in a silly wig and made him act drunk he’d spend the rest of his career trying to recapture that magic and stop being a real actor.

The point is that good casting should come as a bit of a surprise, and fancasting tends to do the opposite — people either picks the most likely person for the role, or else suggest the entire cast of, say, Firefly for any role in The Avengers.

Joseph Gordon-Levitt (who hasn’t been outright confirmed as Dream) might be wonderful and might come as a huge surprise. I don’t have enormous faith in his talents as an actor, but I understand that plenty of people do. But here’s my terrible fancasting anyway. What’s yours?