On average, romantic comedies represent bottom-of-the-barrel film making. They’re cheap to make and cheap to cast and tend to fill the dead zone of January to June between Oscar Bait and Summer Blockbusters with their modest (but profitable) box office returns. Sure, once every decade you get a When Harry Met Sally or Love, Actually or Midnight in Paris, but for the most part romantic comedies — or the more nastily-titled “chick flicks” — are somewhere between cliched and extremely stupid.

The bar has now been lowered even further with the self-help book-based romantic comedy.

First there was He’s Just Not That Into You, a movie spawned from a self-help book spawned from an episode of Sex and the City spawned from a conversation in the writer’s room. It clumsily tried to replicate the magic of Love, Actually by cramming in as many celebrities as humanly possible. 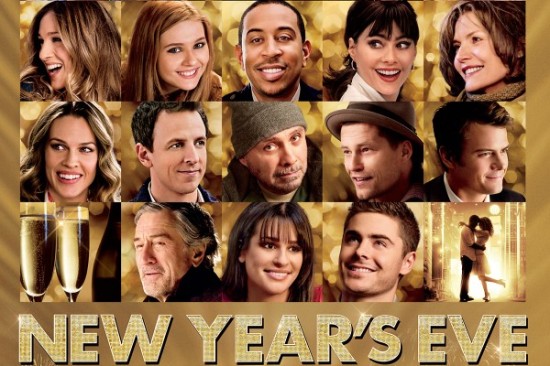 I should feel the worst for Robert DeNiro, but Seth Meyers is really begging for some sympathy.

Much like New Year’s Eve and Valentine’s Day, HJNTIY missed the point that it was the quality of the individual story lines, not just the star power, that made Love, Actually work. Instead, HJNTIY worked for two hours to make the very clear and very uncomplicated statement that rom-com love isn’t real, only to undermine their entire thesis by giving the film a traditional “I’ve realized the error of my ways and come running to you” ending. From what I’ve heard, the book itself didn’t stray from its purpose, but continually employed condescending and sappy phrases about how all women were “Goddesses” and if men didn’t realize or appreciate that, it was their loss — but don’t you dare even think about being the romantic instigator, you harlot.

But condescension takes human form in Steve Harvey, whose book Act Like a Lady, Think Like a Man basically said everything HJNTIY said — but took offensive up about 12 notches, explaining why successful women (even if they’re gorgeous) are unappealing to men and — perhaps most famously — explaining that men are simple creatures, infidelity is usually a woman’s fault and that sex is essentially a requirement after 90 days. The movie version, simply titled Think Like a Man, is out today and it looks just as good as its predecessor. And just in case you were worried that this was a two-trick pony, What to Expect When You’re Expecting is on the docket for May.

Let’s also keep in mind that we have Oprah to blame for the success of both books as both Greg Behrendt and Steve Harvey peddled their wares on the now defunct Oprah Winfrey Show, with Ms. Winfrey’s blessing and support.

"And then I realized, Oprah can make women do anything. So now I'm here."

Sure, the argument can be made that movies based on board games or Disneyland rides are more egregious than a movie based on a book — even if it is a non-fiction self-help book — but I think the issue is that the former two examples can still make for fun blockbuster movies. All these films do is to reinforce some very strange and negative stereotypes in films already infamous for reinforcing strange and negative stereotypes. The Madonna and the Whore, the aggressive businesswoman vs. the demure secretary. Working Girl was the perfect example of a movie that seemed to promote female strength, but actually rewarded Melanie Griffith’s breathy fragility and condemned Sigourney Weaver’s hard-nosed quasi-masculinity. Let’s be clear: romantic comedies were never going to be a vehicle for feminism (or, for the most part, quality), but we could do without this nasty hybrid of patronizing male advice and Michael Buble-filled soundtracks.

I couldn't have asked for a more metaphorical picture.

With all of that said, nothing in film making will ever be more offensive than the upcoming John Cusack movie, The Raven, in which Cusack plays Edgar Allan Poe as a writer/detective who must stop a nefarious criminal from committing murders based on his short stories. So naturally they named it after one of Poe’s murder-free poems. They might as well have called it The Sepulchre by the Sea, which would have sounded scarier and been just as relevant. Unrelated to the title: I will be unbelievably impressed if the murderer winds up being an escaped zoo ape.

You better believe I will have a whole post about this when it comes out. This is going to be more entertaining and even less historically accurate than Season of the Witch.

I swear to God this is a real thing.

But yeah, don’t go see Think Like a Man.

3 thoughts on “Books on Film: The Rise of the Self-Help Movie”